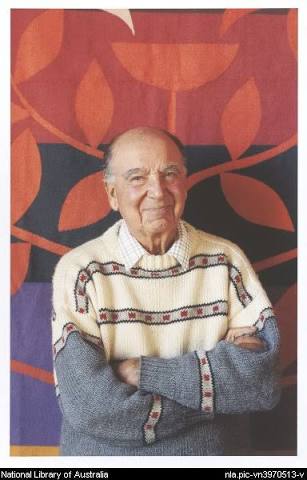 The late Claudio Alcorso is considered  the pioneer of Tasmania’s winemaking industry. Born in Rome in 1913 he initially immigrated to Sydney in 1938 with his brother Orlando. Claudio established Silk and Textile Fabrics which at its peak employed 1400 people. The promise of cheap electricity lured Alcorso and his business interests to Hobart in 1947. In the 1950’s Claudio trialled 90 riesling vines at his property Moorilla sourced from David Wynn's South Australian vineyard. He established Moorilla Estate in 1958, with the vines producing their first yield in 1962. And so Tasmania’s wine industry was born.  Until the sale of the site to David Walsh in 1995, the Alcorsos worked tirelessly to establish Moorilla as a leader in the cool climate wine industry.  Moorilla Estate is now the site of the Museum of Old and New Art (MONA). The winery still produces a number of cool climate wines, as well as a range of beers under the label Moo Brew.

Claudio Alcorso was also a champion of the arts through his involvement with Australian Ballet, Australian Elizabethan Theatre Trust, Tasmanian Arts Advisory Council and as chairman of Opera Australia.